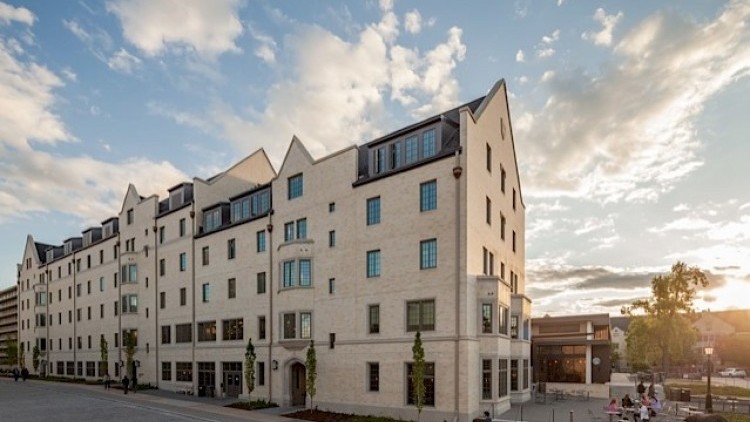 The ground floor includes common spaces for students living in the building and expands the successful retail program at Brough Commons with the relocation of Papa John’s Pizza, the addition of Slim Chickens and Innovation Cafe, and a common seating area with a capacity of approximately 120 seats. The second floor increases the seating capacity of Brough Commons by approximately 260 seats with a direct connection to the current dining hall. The remainder of the second floor, third floor, fourth floor, fifth floor and sixth floor include student housing with a total capacity of 214 beds in double rooms with sinks, served by shared, private bathrooms off the main corridors.

Founders Hall received the 2014 Student Life Award from the Fayetteville Chamber of Commerce, which acknowledges the efforts of the recipient to create a project that will positively impact the way students live and in their pursuit of education.

Construction began in June 2012 and was completed in August 2013, in time for occupancy the Fall Semester 2013